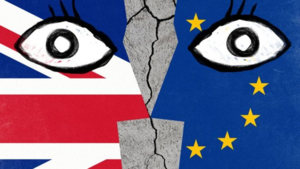 Practising psychotherapy in contemporary London, makes it impossible to ignore the polarisation and division that have poisoned British society since the Brexit referendum in 2016. Though the uncertainly about the outcome is at least over now, the feelings of toxicity in once close relationships when people find themselves in opposing camps as well as feelings of exclusion, anxiety, hopelessness, rejection are still raw. Like many, I have valued life in London for being a vibrant, multicultural and inclusive city. It has been said that London is a home for those who have not felt at home in their culture of origin. Yet, what is increasingly reported is that that this sense of home can no longer be relied on.

Do you feel overwhelmed by anxiety about your future in the UK?

Do you no longer feel welcome, included or appreciated in British society?

Have you been subjected to public ridicule or humiliation for expressing political opinions or your personal feelings about Brexit?

Have you lost friends of significant relationships due to disagreement on Brexit since the referendum of 2016?

If so, Brexit has affected you deeply and you may benefit from space to look into the feelings it has triggered for you.

Below, is an article I have written for the welldoing directory after the Referendum. Though, the article expresses my personal feelings in the aftermath of the Referendum, I respect difference of opinions and believe that one of the core problems Brexit has brought to the fore is polarisation and an intolerance, if not hateful repression, of difference and diversity.

I have no current availability to take on new clients


My article on the coronavirus crisis on the welldoing directory

My debut novel, Layers, has been published by Akakia publications in October 2018

©2022 Christina Moutsou is powered by WebHealer
Cookies are set by this site. To decline them or find out more visit our cookie page